Master of the Sport

Master of the Sport 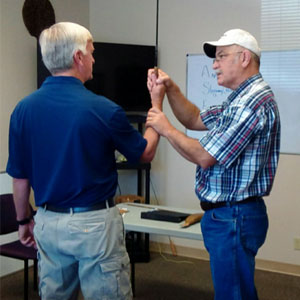 Over the years I’ve often overheard in fly fishing conversations the use of the term Fly Fishing Master. I never really put too much thought into it other than the guy must be a pretty good angler. But recently I’ve noticed the term being bantered about loosely in several books and magazine articles. Whether the term is “The greatest fly fisherman of my generation” or “So and so has mastered his craft” or simply “Became a master” it all boils down to an angler reaching the plateau of being Master of the sport.

The subject of mastery is not a new revelation in fly fishing. It’s more like the idea of mastery has quietly grown over the years and embedded itself in the world of fly fishing. It’s like suddenly waking up one day and while combing your hair you see your first gray hair. I never saw it there before, it just somehow showed up. With the increasing popularity of fly fishing in the last thirty or so years there has also been an explosion of fly fishing media which has opened the door to the sport to almost everyone.

The quantity of books, magazines, television shows, and the web has brought to the angler unimaginable amounts of information and entertainment. New flies, techniques, and destinations are easily assimilated by the angler. The byproduct of this assimilation leads to a better understanding of the sport and the people who make up the voice of the sport. Because of the easy access to information on fly fishing the term “Master” has slowly started to float to the surface.

I think, in over 50 years of fly fishing, I’ve probably only met a few master fly anglers. I may have met more and never knew it, which is probably how it should be. I fish with and have met many fine fly anglers over the years and have been fortunate to have learned a few skills from them from time to time but no one I would consider a master fly fisherman. Believe me; I have fished with some guys that can really catch some fish. But if catching lots of fish or the biggest fish were the only criteria for mastery then the world would be full of master fly fishermen.

Although I don’t think I have met many real fly fishing masters I do know of some. I’m an avid reader of fly fishing books and therein lays the first clue on whom and what is a master fly fisherman. I have collected a small library of fly fishing literature that takes up two bookshelves in two rooms at my home. I have read many of the most popular authors and quite a few of the older ones. I believe a few of these fine fly anglers have quietly elevated themselves to the level of master fly fisherman. That’s not to say that all you do is write a book or publish an article in a trendy fly fishing magazine and you will become a master. What it does do is give us many clues as to how the author thinks, believes, knows and teaches.

There are a few elite fly fishing writers that I can use for an example: Gary Lafontaine, Dave Hughes and John Gierach to name a few. If you only read one of their fly fishing pieces you probably can’t make too many parallels, but if you read the entire body of their work then their contributions to, and knowledge of the sport of fly fishing becomes apparent. What also becomes apparent are the first clues on what is a true master of our sport. Keep in mind that the above mentioned names, I believe, only represents a small percentage of the number of real masters out there, but it gives me a base line in defining what it takes to truly become a master of our sport.

A master mentors other fly anglers.
Organizing a fly tying class or beginning fly fishing class is a good thing to do but it doesn’t quite fit the bill when defining a master. Webster defines mentor as: “a trusted counselor and guide, also guide and coach”. I can take it a bit further and say a mentor can make a positive impact on people’s lives.

A master does not aspire to become a master, he evolves into a master.
I don’t think anybody who starts out in fly fishing aspires to become a master. Dealing with life’s ups and downs daily is tough enough. The bells don’t start chiming and you don’t become a household name if or when you have finally reached that plateau. You simply evolve over a lifetime to becoming a true master.

A master understands how trout live.
A lot of fine fly fishermen I’ve known over the years have made it a point in their fly fishing careers to learn as much as they can about entomology in streams and rivers. That’s really an important step up to becoming a real good fly fisherman. But few anglers take the next step. The skill of understanding how a trout lives can only be found through years of on the water experience. There is a huge gap between understanding what a trout eats and understanding how a trout lives in the water breathing world.

A master takes the same pleasure in his surroundings as he does in catching the trout.
I love to catch trout. I can only think of a few things in life that are more rewarding. I can’t wait to get on the water. I can gear up and set my fly rod up faster than anyone. When I’m on the water fishing, time just flies. I’ve gotten better over the years; I have learned to slow down and enjoy moments away from the water but I’m afraid old habits are hard to replace. A master takes just as much joy, if not more, out of rowing the boat all day and participating with other anglers fighting their fish as he does catching fish on his own.

A master can catch fish anywhere on any water.
Everything comes together here; a lifetime of experience, skill and knowledge brings the master to point where the act of fly fishing on any water is the same. His experience from thousands of hours on hundreds of rivers and streams pays off in the end. A lifetime of repetitive motion and encounters with difficult fishing scenarios have imprinted wisdom which can’t be taught. A lifetime of pursuit, through trial and error has brought knowledge that can fill volumes of books. Together these traits make catching trout on any water reachable.

A master does not see himself as a master.
A master fly angler is normally a pretty humble person and would probably laugh at the notion of being called a master. On the contrary they would believe, and rightly so, that fly fishing is something you can never master. And it’s true; you learn very early on in your fly fishing career that you always learn something new when you’re on the water.

I could probably go on and on trying to define something as elusive or mysterious as a master fly fisherman. You could probably argue that there is no such thing and make a good point. However, I know for a fact that these elite fly anglers are out there. They are elusive and hard to find by nature. The traits that define a master are themselves a camouflage to the master’s true self.

I think there are a lot of masters out there going about their daily lives unconcerned about or unimpressed by the whole notion of “Mastering the Sport”. I also think that for every master fly angler out there that we know there are probably hundreds we don’t know. I don’t think I could ever be a master angler; the bar is set too high for me. I’m more inclined to continue plodding along and enjoying whatever fly fishing moment I’m in.

I’ve been lucky enough to live through a tremendous evolution in fly fishing. I was fly fishing with fiberglass rods when carbon graphite rods broke through. Synthetic fly tying materials, tapered leaders, chemically sharpened hooks, breathable waders, disc drag reels and the internet have made fly fishing much more deadly for the trout and easier for the angler. I believe it’s easier today and may be even easier in the future to reach the level of fly fishing called “Master of the Sport.”